END_OF_DOCUMENT_TOKEN_TO_BE_REPLACED

The Regional Public Library in Krakow is pleased to offer you free Polish language meetings for foreigners 18+.

The courses are organized within the project: „A library for everyone. Łódź, Gdynia, Kraków, Bergen – different cities, a common idea. Increasing access to culture – model Polish and Norwegian solutions, which will be implemented in Łódź, Gdynia, Kraków and Bergen”, realized within Action 2 of the EEA Culture Programme financed by EEA Grants and the state budget.

The courses, led by teachers from a renowned language school, will consist of 20 classes of 60 minutes each. To pass the course, the participants will be required to attend at least 80% of the classes.

END_OF_DOCUMENT_TOKEN_TO_BE_REPLACED

The Regional Public Library in Krakow is pleased to offer you free Polish language on-line meetings for foreigners 18+ (elementary level). The meetings are conducting on-line using the Zoom application.

END_OF_DOCUMENT_TOKEN_TO_BE_REPLACED

I think it is time to write already, don’t you think so?

I have been here one month already. Time flies. As you imagine, usually when you go abroad, at the beginning you have to overcome the cultural shock. During this first month you need to get used to this new country, its culture, its people and its language. This last thing is what I am going to talk about it.  As you know I am very interested in languages, so I think it would be a interesting topic!

END_OF_DOCUMENT_TOKEN_TO_BE_REPLACED

The Regional Public Library in Krakow is pleased to offer you free Polish language meetings for foreigners 18+ (elementary level). The language group will consist of no more than 10 people.

END_OF_DOCUMENT_TOKEN_TO_BE_REPLACED

One of my students (a Polish linguistic) once found the right words to describe the impression you have when you start learning Polish:” It is a nightmare! “ she said, and just said what I was thinking. There are several reasons I discovered on my “period of suffering”  that could be reasons to hold the popular view that Polish is the most difficult language in the world. So, is it true or not?

First of all I would name the phonetics. After surviving the first shock when you see the alphabet ( there are some suprises such as: ą, ę, ć, ł, ń, ś, ż, ź… ) which are actually not  too difficult to remember, you will notice that the language definitely lacks in vocals. The most famous tongue breaker proves it only too well: „W Szczebrzeszynie chrząszcz brzmi w trzcinie i Szczebrzeszyn z tego słynie.” (In Szczebrzeszyn a beetle buzzes in the reed, for which Szczebrzeszyn is famous.) is a very convincing proof. As a non native Speaker I feel that sometimes everything is shshsh. At the latest when you make the famous mistake of saying “Dzień dobry” instead of “Dziękuję” and vice versa, you will feel quite discouraged  and probably a bit stupid as well.

Second of all, and worldwide famous: the Grammar. Did you know that you have 17 different forms of the number  2 in Polish? I proudly present: dwa, dwie,dwoje, dwóch (or dwu),dwa, dwiema,dwom (or dwóm),dwoma, dwojga, dwojgu,dwojgiem,dwójka,dwójki,dwójkę,dwójką,dwójce and dwójko! So the mere act of buying two beers is an adventure for every foreigner, who tries to not act like a random tourist and cry out a simple “Piwo!”.                                                                                          And this example this is just one among many. Another daily challenge are, of course, the 7 cases of Polish language. As a German native speaker, I saw a lot of time how difficult it can be to learn the cases.Anyway in German you have just 4 of them, and there are usually logical and quite strict rules when to use which. In Polish, as Polish people tend to say quite often, you favour the exceptions instead of establishing rules. There is, for instance, the distinction of things that are alive and not alive, that determines the ending of a noun. So you obviously say: “Mam komputer” (I have a computer) but at the same time you say “Mam laptopa” (I have a laptop),because the laptop is alive and the computer not – I got it…! And you really a declinate every noun, without mercy! Frank Sinatra, becomes Franka Synatry and Marek, Marka.So in the end you might  know a noun or a name but that does not necessarily mean, that you are to recognize it when you are trying to have a real conversation.

Despite of the grammar,and the phonetics I  must confess: I really want to learn Polish and I started to like the language. To my mind, there are even more reasons to learn it than you could ever name to scare people by saying that it is “ the most difficult language of the world”. Polish language is, indeed, beautiful because it has so many faces. Sometimes, when words include the nasal sounds, such as “ą” or “ę”  it can sound just like French. Another time, the strong “r” dominates, and you can really feel the Slavic origin or just come back to the lovely shshsh. It is, as I discovered in Poland also a deeply musical language. In my opinion it  sounds as if it was just made for reagge! As language is really a passion of mine I am even collecting words I like in Polish language. I could explain why, but words such as ”mgła” “niedźwiedź”, or “Uwaga” sound like magic to me.

As Krakow is one of the few “cities of literature” in the world, it is also a big motivation to understand polish literature, especially Polish poetry. There are uncountable book shops, literature events cafes and libraries. At one point the city of Krakow even housed  two living novel price winner (Czesław miłosz and Wisława Szymborska). Doesn’t that makes you want to understand their work in their mother tongue? 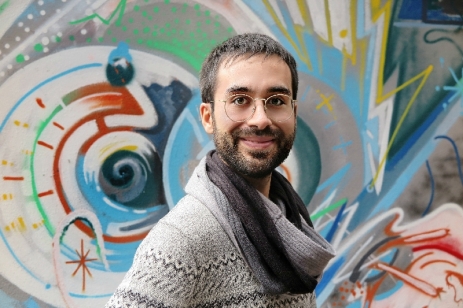 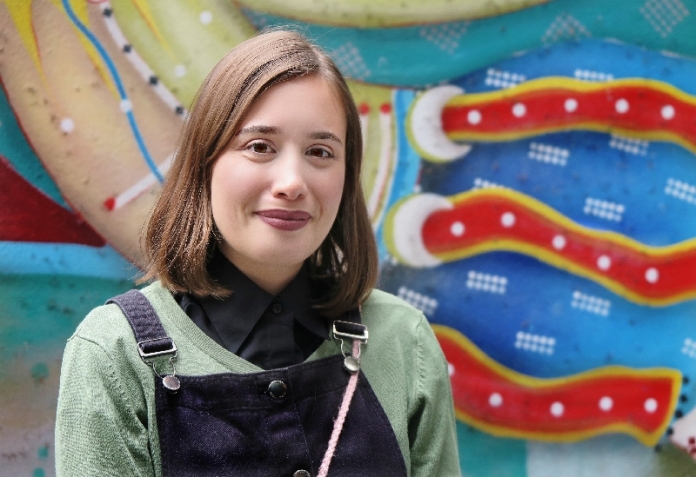 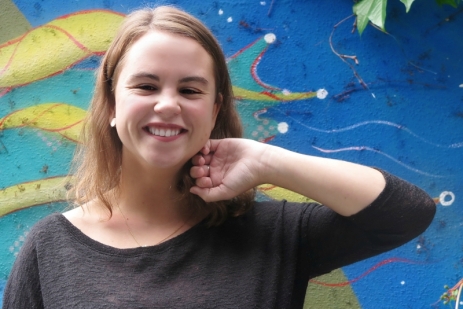